I used to believe I was great at doing multiple things at once and that gave me an edge over the competition, whether it was during my corporate career or my later freelance writing career. It turns out that everything I thought about multitasking was probably a myth, and the same might be true for you.

Scientific studies illustrate that most people aren’t nearly as good at multitasking as they think they are. In fact, much of the process we refer to as multitasking may be impossible. And what we do instead — called task switching — could be messing with our careers and breaking our brains.

What Is Multitasking, Technically?

Multitasking is the ability to do two things at once. Technically, our brains and bodies multitask constantly while performing habitual actions that have become completely natural, such as walking and talking at the same time. So, it’s not completely impossible to multitask.

But when we’re performing more complex, less innate functions, such as attending a conference call while writing an email, we’re probably not multitasking. That would imply we were doing both things equally well.

In reality, most people task-switch, which means they stop doing one thing to do the other. When reading and writing an email during a phone call, you might still hear the phone call, but you aren’t actively listening and processing the information.

Before I moved to full-time freelance writing, I worked as a manager in a corporate environment. At one point, I ran two departments and was involved in several big projects, which meant I was scheduled for meetings almost 90 percent of most days. I’d dial in for a meeting, say I was present, put the phone on mute and immediately check out mentally to do other work until someone said my name and brought me back to the discussion.

Read more from Sarah: It’s a Small World: Why Freelance Writers Should Build, Not Burn, Bridges

I wasn’t fully present in any meeting, and I wasn’t fully concentrating on any of the other tasks before me either. It was a combination that brewed burn out, stress, anxiety and errors.

While freelancers don’t always deal with corporate schedules (that’s one reason I switched to freelance writing in the first place), we do engage in a lot of multitasking that could lead to the same issues. Here are just some of the ways you might be rapidly task switching throughout your day:

We Often Believe in False Benefits of Multitasking

But multitasking is what ensures the jobs all get done, say a lot of freelancers. Plus, the fact that I can Netflix and chill while I also write and make money is one of the perks of the freelance lifestyle, right?

Maybe not. A study conducted by Stanford University demonstrated that those who attempted to multitask often were worse at it. The more they multitasked, the worse they performed at processing and remembering information. They also performed slower overall than the nonmultitaskers, in part because they were so distracted.

One researcher noted that high multitaskers couldn’t keep information separate in their minds, and they constantly thought about the tasks they weren’t doing at the moment.

This makes complete sense to me. I recently started using a tracking method called a time ladder in my bullet journal, because at the end of every day, I couldn’t figure out if I’d used time well. I noticed two things when I started doing this.

Real Dangers of Multitasking, for Your Freelance Career and Otherwise

Efficiency isn’t the only thing at risk when you multitask.

A study performed by the University of California at Irvine and Humboldt University in Germany found that constant interruptions in tasks lead to higher stress, more effort expended, frustration and even an increased workload. And it only takes 20 minutes of this type of work to start generating these negative consequences.

This explains a lot for me personally. I can put in a long day working on a single project and be exhausted that night, but I’m usually tired in that satisfactory way that comes from doing good work I enjoy. But even a short or medium day of constant multitasking on smaller projects — especially once you throw in email, call and chat interruptions — and I’m equally as tired and not as satisfied with what was accomplished that day. I often end the day feeling much more frustrated, and I know I’m not the only one. 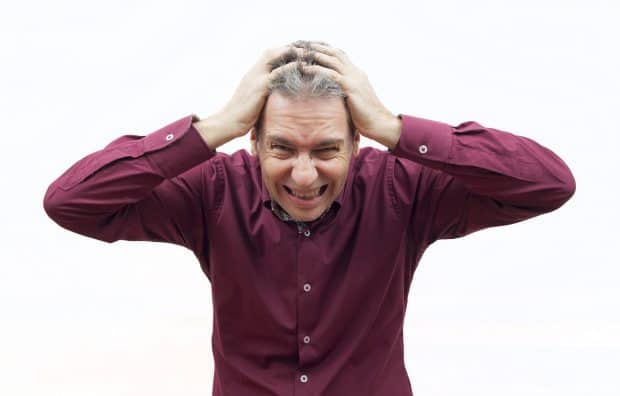 Do too many things, and you don’t do any well.

The UC Irvine/Humboldt study also noted that when performing the task that interrupted the primary workflow, individuals worked faster — potentially to compensate for the time lost in task switching. That wasn’t a happy efficiency win, though, because the faster work led to as much as 50 percent higher error rates.

As a freelance writer or editor, mistakes can impact your bottom line. An increased error rate isn’t just something noticed in this study, either; as a project manager, I can always tell when writers are project hopping because their error rates — especially on certain types of mistakes — go up substantially.

Constant task-switching could be hurting your brain.

We’re not talking the kind of brain hurt you pop an Excedrin for, either. Studies have also shown that focusing on multiple things temporarily brings down your IQ by as much as 15 points. That might not sound like much, but it could put you in the range of an 8-year-old child, say researchers.

Ever feel like you’re dumber in the afternoon than you were when you woke up? I usually start feeling this phenomenon by lunch or shortly after, and it makes it harder for me to find the right words when writing or speaking, make decisions or concentrate on more difficult tasks.

Some researchers note that your IQ might be temporarily impacted during multitasking. So, if you’re swapping between projects rapidly or trying to finish one article while on a conference call for another project, your full brain power isn’t supporting your work.

Multitasking may lower your EQ.

The damage to your brain may not be temporary, either. Researchers from the University of Sussex looked at brain composition for people who regularly multitasked across technical devices (working while watching television, for example). They found less density in an area of the brain called the anterior cingulate cortex for those individuals.

That area of the brain is responsible for some of the key tasks required for a healthy EQ, or emotional intelligence. That’s what helps you handle interpersonal relationships well.

While many people might turn to freelancing to get away from people, successfully navigating communications, teams and partnerships is critical to establishing a thriving freelance career, so you probably need all the EQ you can get.

Learn more: 3 Style and Grammar Tips to Put You Ahead of the Freelance Pack

What Can You Do Instead of Attempting to Multitask?

You don’t have to strip your client list or stop living the freelance lifestyle to remove some multitasking from each day. Here are some tips for getting plenty of things done without trying to do them at the same time.

Batch processing means you do all of the same types of tasks at the same time. By grouping similar tasks together, you reduce the gear changes your brain has to do and create efficiencies because you become faster at dealing with similar tasks the more you do in a row.

Clustertasking is a similar concept that involves processing batches of work in groups throughout the day. You might answer emails for 15 minutes in the morning, early afternoon and evening, for example.

Why don’t freelancers batch process more often? Sometimes we let tedium or boredom drive us to hop between tasks. Other times, years of multitasking just make it difficult to pay attention to one type of thing for even 20-30 minutes.

Financial drivers also exist: you do have to grab and do the work when it’s available, sometimes, but how often is the problem less financial and more focus?

Experts say you can train — or retrain — your mind to focus better. First, commit to sequential mono-tasking rather than multitasking. That means you do one thing at a time, working through your list until everything is done. Take a small break, even if it’s just a 20 second breather, between tasks so your mind can reset and ready itself for the next piece of work.

Break larger tasks into smaller bits for this purpose; most people can’t concentrate for more than 45 minutes on the same thing. Plus, sitting at the computer for hours at a time without getting up to move is bad for your overall health.

One proven method for sequential mono-tasking — and something that can help you triage a short attention span — is the Pomodoro method. Using this method, you work with high focus on single tasks for set amounts of time, taking a break after that time is over. Start with small increments of focus time if you need and work up to about 25 minutes for each session.

You can access a free Pomodoro timer online at Tomato-Timer.com.

One thing that derails me during mono-tasking is stray thoughts. I can’t turn off the spigot 100 percent, and you wouldn’t necessarily want to. Some great ideas and solutions can hit you when you’re working on something else.

To keep me from chasing stray thoughts down the rabbit hole, I keep a notebook or dump file open so I can quickly write or type a note about the thought before continuing with work. I also keep a file on my smartphone so I can do the same thing when I’m out of the house.

Finally, try to develop some boundaries between various parts of your life and work. I’m lucky enough to have an office with a door, so I’m not constantly aware of everything that goes on in the house when I’m working. I’m also trying to create pre-appointed times when I work, handle family stuff and engage in self-care activity like exercise.

Since I’m a wife, mother, full-time freelancer and part-time children’s and youth minister, boundaries do often slip into each other. I’m working on it.

And if you’re a freelancer who struggles with multitasking, I hope you will to. After all, whether this is your side hustle or a career, the last thing you want is for freelance opportunities to damage your brain and potential future success.

Keep reading: Marketing Copy Writing Tips From the Pros: How to Craft Creative Copy that Converts 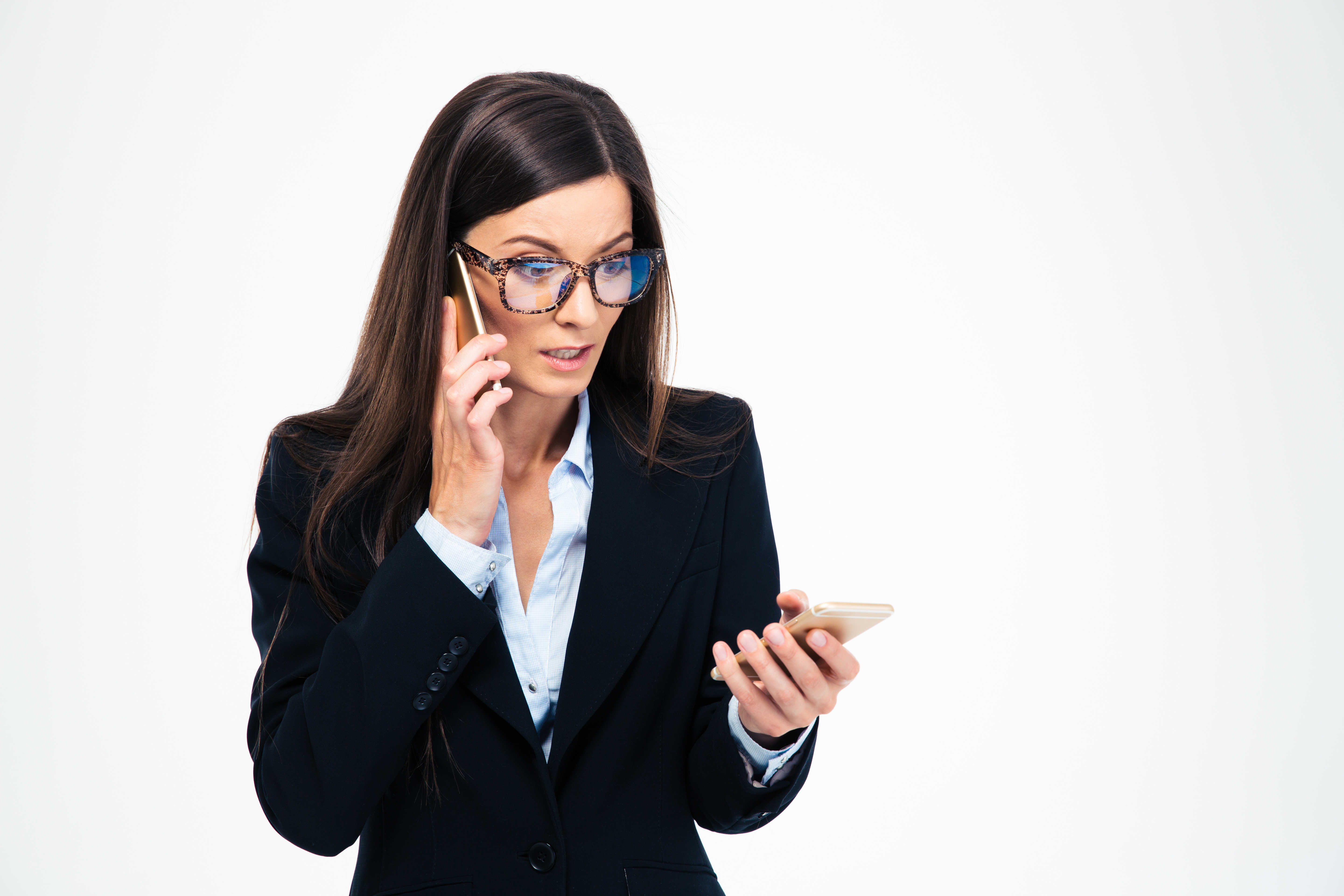 Content Seasonality: How Far Out Should You Plan Your Calend …

7 thoughts on “Is Multitasking Killing Your Freelance Career? And How to Re …”